Pandemic an ‘apocalypse’ for restaurants in US 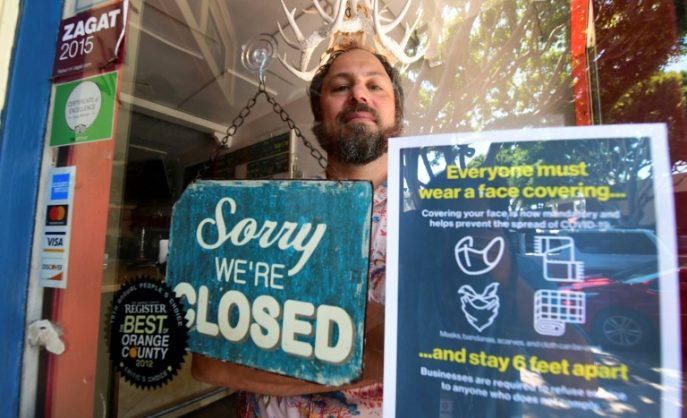 Gabriel Gordon stands behind the glass entrance door to his restaurant Beachwood BBQ, in Seal Beach, Californian, which he has been forced to permanently shut down because of the coronavirus pandemic.. AFP/Frederic J. BROWN

For Gabriel Gordon and his wife Lena, the small restaurant they opened 14 years ago in the coastal California town of Seal Beach was a dream project and the cornerstone of their future success.

But this weekend, Beachwood BBQ, which had become a staple in the community, permanently shut down — yet another casualty of the carnage the coronavirus pandemic has unleashed on restaurants across the United States.

According to the National Restaurant Association, the restaurant industry — the second largest private sector employer in the US — is among the hardest hit by the pandemic, with losses projected to reach a staggering $240 billion by the end of the year.

“It’s such an apocalyptic time for this industry,” Sean Kennedy, executive vice president of public affairs for the association, told AFP. “We were the first industry to shut down and we will be the last to recover from this pandemic. 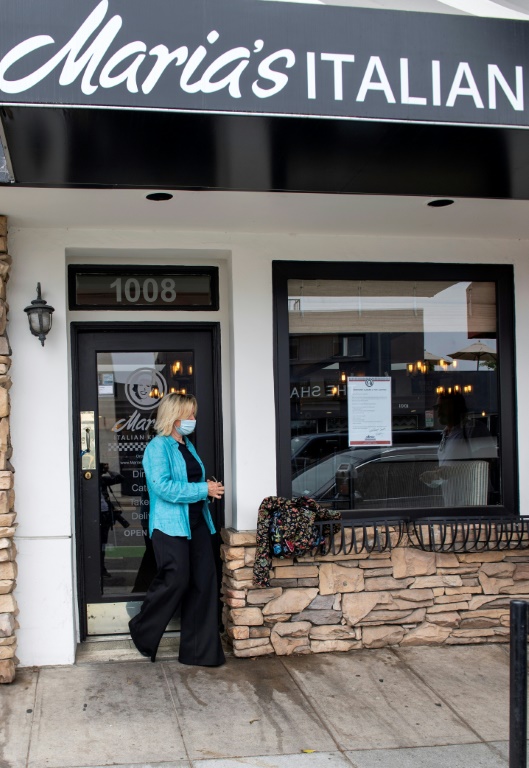 “That’s because we won’t be in place until the airlines are fixed, until the hotels are fixed and until tourism is back.”

As of July 10, according to Yelp, there have been 26,160 total restaurant closures across the United States, of which 60 percent (15,770) have permanently shut down. That represents the highest total business closures in the country, surpassing retail.

The impact has especially been felt in major cities and regions that rely on tourism during the summer months in order to stay afloat the rest of the year.

“Cities like Los Angeles … depend on tourism, conventions, vacationers, honeymooners — that’s what drives restaurant traffic,” said Kennedy. “Until that’s restored, we are not going to see anything approaching normal business markets for the restaurants.”

In California alone, the statistics are sobering. There were some 1.4 million people working in a restaurant before the pandemic, and over the past four months some 1 million have either been laid off or furloughed, said Sharokina Shams, vice president of public affairs for the California Restaurant Association.

“We anticipate that 30 percent of California restaurants will close permanently as a result of the pandemic,” Shams told AFP. “The last couple of economic crises that this industry can talk about would be the last recession in 2008 and the couple of years that followed 9/11.

One of the reasons the sector has been hammered is the fact that restaurants often operate on very low profit margins and have very thin cash reserves.

And although the financial rescue handed out by the government helped, restaurant owners say it does not go far enough to allow many to survive.

“The average restaurant is making between six and seven percent profits … and has about 16 days of cash on hand,” Kennedy said. “And suddenly (with the pandemic) they are expected to find a way to pay their rent, their utilities, to deal with the inventory.

“For a growing number of restaurants, the answer is to shut down permanently.”

That was the case for Madelyn Alfano, 62, owner of Maria’s Italian Kitchen, a restaurant chain in the Los Angeles area, who was forced to close two of her outlets and is fighting to keep the remaining ones open.

“It’s like losing a family member … it’s my life savings, passion and there is a feeling of defeat,” Alfano told AFP, commenting on the two closures. “I would equate this to someone with an illness and the doctor says ‘we have to cut off your foot so you can live’.” 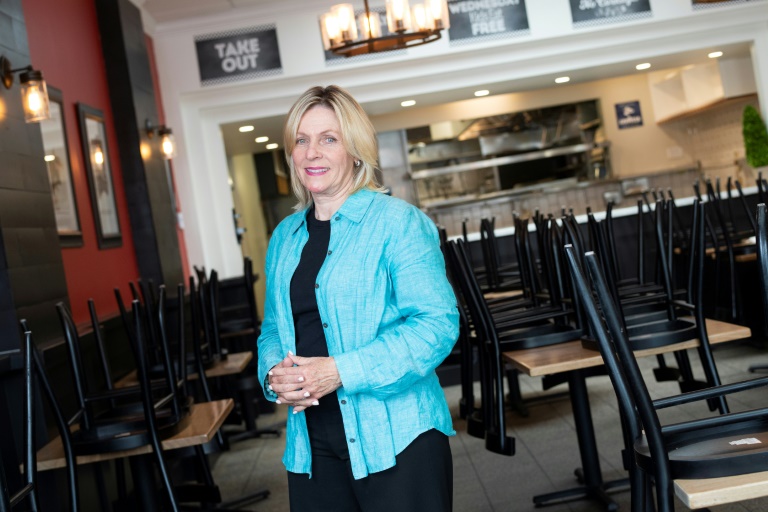 Madelyn Alfano owner of Maria’s Italian Kitchen poses inside one of two restaurants she was forced to shut down because of the Covid-19 pandemic, on July 28, 2020, in Santa Monica, California.. AFP/VALERIE MACON

She said as the pandemic hit, her business plummeted 50 percent overnight and, like other restaurateurs, she had to swiftly adapt to a new reality.

“When I tell people what the net profit of a restaurant is they tell me I’m absolutely crazy to do this,” Alfano said. “Every morning, you don’t know what the day is going to bring … and as the owner of a restaurant you cannot show fear. Stoicism is very important.”

For Gordon, one redeeming side-effect of the pandemic is that it has forced him and others in the industry to reflect on their frantic pace of life and to slow down.

“A lot of us are saying ‘why do we need to open six or seven days a week’,” he said. “This has made us rethink our whole business model.”

Having trouble finding what you're looking for? Contact us for more information.